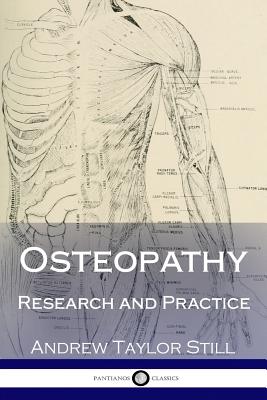 
Contact the store regarding this book
Andrew Taylor Still founded osteopathic therapy; in this book, he details his philosophy for healing, the researches he undertook to advance his understanding, and the successful cases he treated.
The first part of this text sees Still detail his medical philosophy, and what led him to it. Witnessing the inadequacies of medicine in achieving good outcomes for patients, it was through intensive research that Still arrived at meaningful conclusions toward improvements. For Still, each organ is to fulfill its duties, has its own requirements, and thus must be tended to in a particular way in the event of malady.
After concluding these reflections, Still turns to each region of the body in sequence. The individual body parts and systems are each considered separately, allowing Still to detail his ideas regarding the treatment of ailments peculiar to each part. Diseases peculiar to every part of the human body are discussed in detail, with the prognosis, evaluation and treatment of them highlighted.
The concluding parts of the book concern diseases which are contagious; various examples of illnesses such as yellow fever, mumps and measles receive scrutiny. Already a veteran medic by the time he published this book in 1910, Still describes the symptoms and consequent treatments he would proscribe for each. After detailing miscellaneous matters, he concludes with a summation of osteopathy as a discipline.
Although aspects of Andrew Taylor Still's methodology have since lost favor in the medical community, many of his discoveries in osteopathy are considered of substantial value to this day. Additionally, his work in preventative medicine is considered pioneering. The adjustments and setting of the bones in particular has been found to provide immense relief of some conditions, and as such many hospitals continue to practice osteopathic therapy to this day.