The Open Conspiracy: Blue Prints for a World Revolution (Paperback) 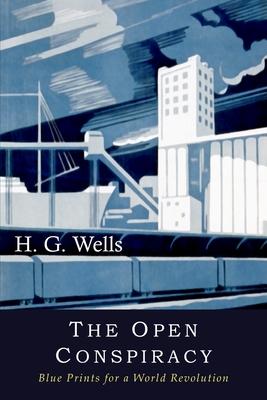 The Open Conspiracy: Blue Prints for a World Revolution (Paperback)

Exact facsimile of 1928 Edition. The book is, in Wells's words, a "scheme to thrust forward and establish a human control over the destinies of life and liberate it from its present dangers, uncertainties and miseries." It proposes that largely as the result of scientific progress, a common vision of a world "politically, socially and economically unified" is emerging among educated and influential people, and that this can be the basis of "a world revolution aiming at universal peace, welfare and happy activity" that can result in the establishment of a "world commonweal". This is to be achieved by "drawing together a proportion of all or nearly all the functional classes in contemporary communities in order to weave the beginnings of a world community out of their selection." This will ultimately "be a world religion." Still topical in light of the conflicts resulting from efforts to establish the European Community and the New Global Order.