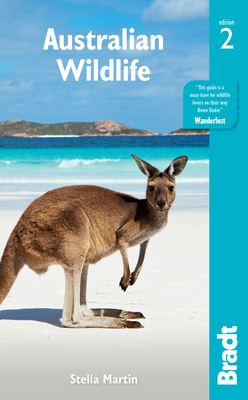 
Usually Ships in 1-5 Days
Stella Martin has lived in Australia for 30 years and has spent most of that time writing about the country's wildlife, including over 20 years employed as a writer by Queensland Parks and Wildlife Service, a role in which she received the Casssowary Award for her contribution towards the conservation and presentation of the Wet Tropics World Heritage Area. Based in Cairns, she is involved with many environmental groups, such as Birdlife Australia, and spends much of her time exploring the natural world, both locally and around Australia. From swimming with minke whales on the Great Barrier Reef to watching a lyrebird display in the soaring mountain ash forest of Victoria's Dandenongs, and watching amassing crocodiles in Kakadu National Park, she finds Australia's wildlife a constant source of amazement and inspiration.