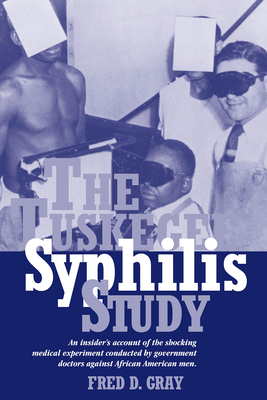 
Usually Ships in 1-5 Days
In 1932, the U.S. Public Health Service recruited 623 African American men from Macon County, Alabama, for a study of "the effects of untreated syphilis in the Negro male." For the next 40 years--even after the development of penicillin, the cure for syphilis--these men were denied medical care for this potentially fatal disease. The Tuskegee Syphilis Study was exposed in 1972, and in 1975 the government settled a lawsuit but stopped short of admitting wrongdoing. In 1997, President Bill Clinton welcomed five of the Study survivors to the White House and, on behalf of the nation, officially apologized for an experiment he described as wrongful and racist. In this book, the attorney for the men describes the background of the study, the investigation and the lawsuit, the events leading up to the Presidential apology, and the ongoing efforts to see that out of this painful and tragic episode of American history comes lasting good.