The Covid-19 Catastrophe: What's Gone Wrong and How to Stop It Happening Again (Paperback) 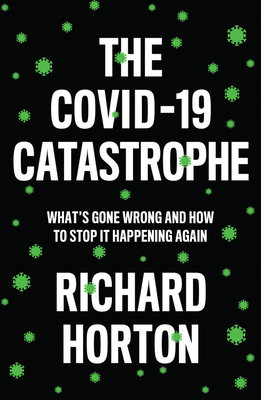 The Covid-19 Catastrophe: What's Gone Wrong and How to Stop It Happening Again (Paperback)

Out of Print
The global response to the COVID-19 pandemic is the greatest science policy failure in a generation. We knew this was coming. Warnings about the threat of a new pandemic have been made repeatedly since the 1980s and it was clear in January that a dangerous new virus was causing a devastating human tragedy in China. And yet the world ignored the warnings. Why?

In this short and hard-hitting book, Richard Horton, editor of the medical journal The Lancet, scrutinizes the actions that governments around the world took - and failed to take - as the virus spread from its origins in Wuhan to the global pandemic that it is today. He shows that many Western governments and their scientific advisors made assumptions about the virus and its lethality that turned out to be mistaken. Valuable time was lost while the virus spread unchecked, leaving health systems unprepared for the avalanche of infections that followed. Drawing on his own scientific and medical expertise, Horton outlines the measures that need to be put in place, at both national and international levels, to prevent this kind of catastrophe from happening again.

We re supposed to be living in an era where human beings have become the dominant influence on the environment, but COVID-19 has revealed the fragility of our societies and the speed with which our systems can come crashing down. We need to learn the lessons of this pandemic and we need to learn them fast because the next pandemic may arrive sooner than we think.
Richard Horton is Editor-in-Chief of The Lancet.