Ideology and Utopia in the Twenty-First Century: The Surplus of Meaning in Ricoeur's Dialectical Concept (Studies in the Thought of Paul Ricoeur) (Paperback) 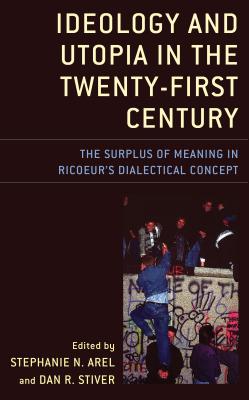 Ideology and Utopia in the Twenty-First Century: The Surplus of Meaning in Ricoeur's Dialectical Concept (Studies in the Thought of Paul Ricoeur) (Paperback)

This edited work is spurred by the 30-year anniversary of the groundbreaking work by Paul Ricoeur, Lectures on Ideology and Utopia (1986)--and the 40-year anniversary of the original lectures (1975). Ricoeur took these concepts that continue to be enormously important in social and political analysis and connected them in a uniquely intricate dance. The ensuing interplay of these concepts provides a framework for a more deft and subtle evaluation than is common. Little has been done to engage Ricoeur's skill in interpreting ideology and utopia or their creative tension, perhaps due to his significant contributions in other areas. When one combines Ricoeur's intricate analyses of ideology and utopia, however, with his contributions in other areas of philosophy such as hermeneutics, anthropology, embodiment, and philosophy of religion, one has fertile grounds for reflection in many directions. The essays in this book draw on these resources not only to engage the strengths and weaknesses of Ricoeur's original work, but they also expand his understanding in creative new directions such as the social imaginary, embodiment, gender theory, immigration, and extremist political rhetoric. The text will bring to the fore how this aspect of Ricoeur's work has significance for the wider twenty-first century political landscape. Just as his original work, this book provides much-needed resources for critique of each term, along with their relationship to one another, while recognizing the positive dimension of their function.
Stephanie N. Arel is Andrew W. Mellon Fellow at the September 11 Memorial and Museum and a visiting researcher at New York University. Dan R. Stiver is the Cook-Derrick Professor of Theology in the Logsdon School of Theology of Hardin-Simmons University.