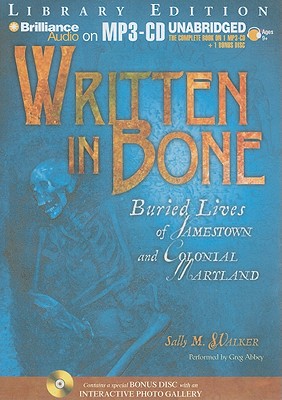 
Contact the store regarding this book
On a hot summer day in 2005, Dr. Douglas Owsley of the Smithsonian Institution peered into an excavated grave, carefully examining the fragile skeleton that had been buried there for four hundred years. He was about fifteen years old when he died. And he was European, Owsley concluded. But how did he know? Scientists discovered this grave inside the remains of James Fort, in Jamestown, Virginia. They were excavating the site with the goal of better understanding the Europeans and Africans who lived in Jamestown and the Chesapeake Bay area during the 1600s and 1700s. Who were these people? How did they live? And how did they die? Just as forensic scientists use their knowledge of human remains to help solve crimes, they use similar skills to solve the mysteries of the long-ago past. From the skeletons, the burial practices, and remnants of objects found nearby, scientists can determine gender and ancestry, along with probable age, what the person ate, what lifestyle he or she lived, and the cause of death. In some cases, further research helps scientists speculate on who the dead were. Join author Sally M. Walker as she works alongside the scientists who use state-of-the-art methods to decipher clues from America's colonial past. As you follow their investigations, Walker will introduce you to what scientists believe are the lives of a teenage boy, a ship's captain, an indentured servant, a colonial official and his family, and an African slave girl. All are reaching beyond the grave to tell us their stories, which are written in bone.