The Sex Lives of Cannibals: Adrift in the Equatorial Pacific (MP3 CD) 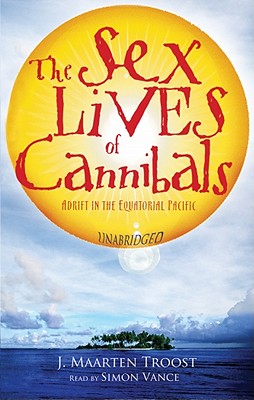 The Sex Lives of Cannibals: Adrift in the Equatorial Pacific (MP3 CD)


Contact the store regarding this book
At age twenty-six, Maarten Troost decided to pack up his flip-flops and move to a remote South Pacific island. The idea of dropping everything and moving to the ends of the earth was irresistibly romantic. He should have known better. This book tells the hilarious story of what happens when he discovers that the island is not the paradise he dreamed of. Falling into one amusing misadventure after another, Troost struggles with stifling heat, deadly bacteria, and polluted seas in a country where the only music to be heard is "La Macarena." He and his girlfriend, Sylvia, contend with incompetent officials, alarmingly large critters, a paucity of food options (including the Great Beer Crisis), and bizarre local characters, including "Half-Dead Fred" and the so-called Poet Laureate of Tarawa, a British drunkard who's never written a poem in his life.