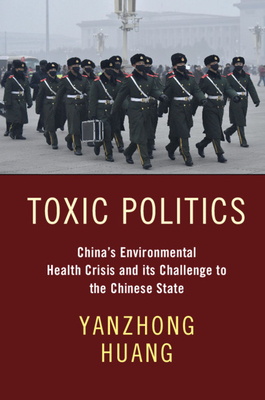 
Usually Ships in 1-5 Days
Environmental degradation in China has not only brought a wider range of diseases and other health consequences than previously understood, it has also taken a heavy toll on Chinese society, the economy, and the legitimacy of the party-state. In Toxic Politics, Yanzhong Huang presents new evidence of China's deepening health crisis and challenges the widespread view that China is winning the war on pollution. Although government leaders are learning, stricter and more centralized policy enforcement measures have not been able to substantially reduce pollution or improve public health. Huang connects this failure to pathologies inherent in the institutional structure of the Chinese party-state, which embeds conflicting incentives for officials and limits the capacity of the state to deliver public goods. Toxic Politics reveals a political system that is remarkably resilient but fundamentally flawed. Huang examines the implications for China's future, both domestically and internationally.