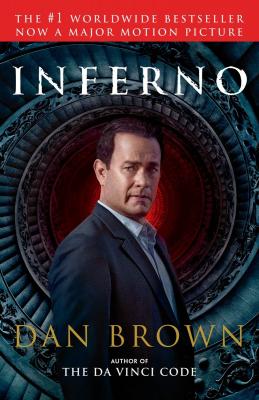 Harvard professor of symbology Robert Langdon awakens in an Italian hospital, disoriented and with no recollection of the past thirty-six hours, including the origin of the macabre object hidden in his belongings. With a relentless female assassin trailing them through Florence, he and his resourceful doctor, Sienna Brooks, are forced to flee. Embarking on a harrowing journey, they must unravel a series of codes, which are the work of a brilliant scientist whose obsession with the end of the world is matched only by his passion for one of the most influential masterpieces ever written, Dante Alighieri's The Inferno.

Dan Brown has raised the bar yet again, combining classical Italian art, history, and literature with cutting-edge science in this captivating thriller.
Dan Brown is the author of The Da Vinci Code, one of the most widely read novels of all time, as well as the international bestsellers Inferno, The Lost Symbol,Angels & Demons, Deception Point, and Digital Fortress. He lives in New England with his wife.
“A book-length scavenger hunt. . . . Jam-packed with tricks.” —The New York Times

“Fast, clever, well-informed. . . . Dan Brown is the master of the intellectual cliffhanger.” —The Wall Street Journal

“One hell of a good read. . . . As close as a book can come to a summertime cinematic blockbuster.” —USA Today

“Brown isn’t just a novelist; he’s a crossover pop culture sensation. . . . Inferno isthe kind of satisfying escapist read that summers were made for.” —The Boston Globe

“[Brown is] the planet’s most dastardly thriller writer. . . . Inferno moves with . . . velocity, excitement, and fun.” —The Independent (UK)

“An adventure ride through a literary text. . . . [A] sweeping spectacle.” —Pittsburgh Post-Gazette

“A fast and furious race.” —The Plain Dealer

"A master of the breathless, puzzle-driven thriller.” —Richmond Times-Dispatch

“What Brown does in a way that appeals to millions of people around the world is tell stories that remind us there’s more to the world than meets the eye.” —The Huffington Post