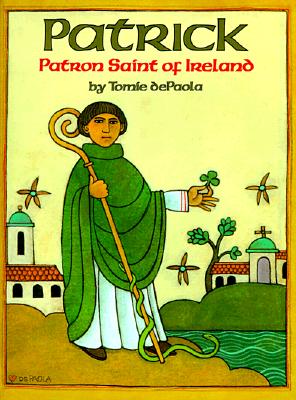 Out of Print
The story of Patrick's life, from his noble birth in Britain, to his being captured and taken to Ireland by a group of bandits, to the "dreams" that led him to convert the Irish people to the Christian faith. DePaola also retells several well-known legends, including the story of how Patrick got rid of all the snakes in Ireland.
Tomie dePaola's many beloved books have enchanted generations of children around the world. His numerous awards include a Caldecott Honor Award, a Newbery Honor Award and a New Hampshire Governor's Arts Award of Living Treasure. He lives in New Hampshire.