Ballparks: A Journey Through the Fields of the Past, Present, and Future (Hardcover) 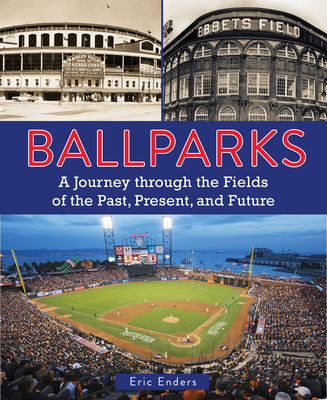 Ballparks: A Journey Through the Fields of the Past, Present, and Future (Hardcover)


Usually Ships in 1-5 Days
If you love baseball and the venerable stadiums its played in, you need this definitive history and guide to Major League ballparks of the past, present, and future.

With a tear-out checklist to mark ballparks you’ve visited and those on your bucket list, Ballparks takes you inside the intriguing histories of every park in the Major Leagues, with hundreds of photos, stories, and stats about:
No baseball fan’s collection is complete without this up-to-date tome.

Eric Enders is a baseball historian and former researcher at the Baseball Hall of Fame Library in Cooperstown, New York. His work has appeared in the New York Times, the Village Voice, Variety, MLB's World Series program, Yankees Magazine, and many other publications. He has also been a reporter for the El Paso Herald-Post and an editor and proofreader for numerous publishers including Barnes & Noble and National Geographic. A native of El Paso, Texas, and a lifelong Dodger fan, Eric operates Triple E Productions, a baseball research and editing company.