Not for Glory: A century of service by medical women to the Australian Army and its Allies (Paperback) 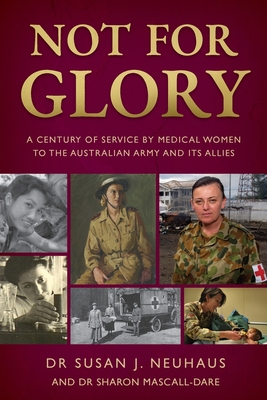 Not for Glory: A century of service by medical women to the Australian Army and its Allies (Paperback)

From the trenches of the Western Front to the ricefields and jungles of South-east Asia, Australian women have served as doctors and medical specialists from World War I until the present day.

This book tells their stories of adventure, courage, sacrifice and determination as they fought to serve their country ... and won.

An uplifting account of service beyond self, of the service of individual courageous doctors who experienced challenges and met these beyond the normal call of duty ... an account of proud women doing their duty individually as members, male or female, or what some call 'the caring

Not For Glory has done a magnificent job in reminding us that bravery, skill and compassion exist not only in the history books, but also in the current generation of female medical professionals who serve Australia here at home and wherever our soldiers deploy.

Learn more about past and present Australian Women at War at: australianwomenatwar.com.au