They Dance in the Sky: Native American Star Myths (Paperback) 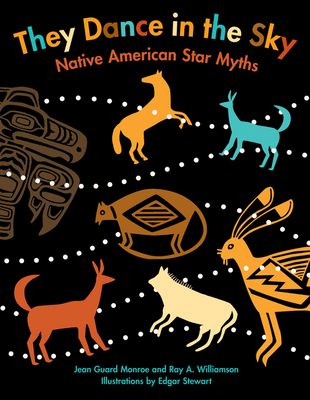 They Dance in the Sky: Native American Star Myths (Paperback)


Usually Ships in 1-5 Days
For countless generations, Native American storytellers have watched the night sky and told tales of the stars and the constellations. The stars themselves tell many tales—of children who have danced away from home, of six brothers who rescue a maiden from the fearful Rolling Skull, of the great wounded sky bear, whose blood turns the autumn leaves red, and many more.
Jean Guard Monroe is a poet, teacher, therapist, and writer who grew up in the Southwest and has long been familiar with Native American art and folklore.

Ray A. Williamson is a scientist and writer who is the author of many articles on Native American skylore and astronomy.