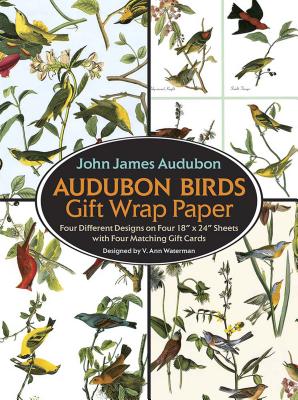 
Backordered
A pioneer of American ornithology, James John Audubon (1783-1851) remains among America's best-known naturalists and painters of the 19th century. His work represented a radical departure from the stilted bird paintings of the day, featuring vivid, dramatic renderings drawn from his observation of birds in the wild. Audubon's The Birds of America, published serially beginning in 1827, is probably the most famous and influential collection of bird prints in the world.