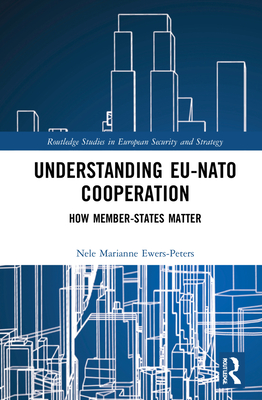 This book examines the development of cooperation between the EU and NATO, two key non-state actors in the European security architecture.

The work examines the relationship between the EU and NATO by focusing on the perspective of member states. Highlighting the relevance of member states' role in shaping EU-NATO relations, it conceptualises interorganisational cooperation and develops a typology of member states based on four types: advocates, blockers, balancers and neutrals. To apply this typology and analyse member states' specific roles, the analysis considers their foreign and security policy orientations, bilateral relationships with other member states, and contributions to both military operations, and division of labour between the two organisations. The book also examines states' use of political strategies -- such as forum-shopping, hostage-taking and brokering -- that influence the design, evolution and practicalities of cooperation between the EU and NATO.

This book will be of much interest to students of European Security and Defence Policy, international organisations, and security studies in general.