A Being So Gentle: The Frontier Love Story of Rachel and Andrew Jackson (Hardcover) 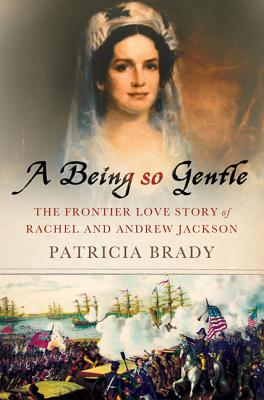 A Being So Gentle: The Frontier Love Story of Rachel and Andrew Jackson (Hardcover)

The forty-year love affair between Rachel and Andrew Jackson parallels a tumultuous period in American history. Andrew Jackson was at the forefront of the American revolution—but he never could have made it without the support of his wife. Beautiful, charismatic, and generous, Rachel Jackson had the courage to go against the mores of her times in the name of love. As the wife of a great general in wartime, she often found herself running their plantation alone and, a true heroine, she took in and raised children orphaned by the war. Like many great love stories, this one ends tragically when Rachel dies only a few weeks after Andrew is elected president. He moved into the White House alone and never remarried. Andrew and Rachel Jackson's devotion to one another is inspiring, and here, in Patricia Brady's vivid prose, their story of love and loss comes to life for the first time.

Patricia Brady is a social and cultural historian who served as director of publications at the Historic New Orleans Collection for twenty years. Her books include Martha Washington: An AmericanLife and George Washington’s Beautiful Nelly. She lives in New Orleans.