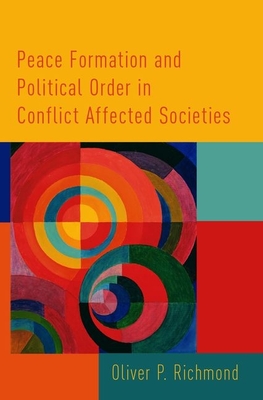 
Contact the store regarding this book
As Oliver Richmond explains, there is a level to peacemaking that operates in the realm of dialogue, declarations, symbols and rituals. But after all this pomp and circumstance is where the reality of security, development, politics, economics, identity, and culture figure in; conflict,
cooperation, and reconciliation are at their most vivid at the local scale. Thus local peace operations are crucial to maintaining order on the ground even in the most violent contexts. However, as Richmond argues, such local capacity to build peace from the inside is generally left unrecognized,
and it has been largely ignored in the policy and scholarly literature on peacebuilding. In Peace and Political Order, Richmond looks at peace processes as they scale up from local to transnational efforts to consider how to build a lasting and productive peace. He takes a comparative and expansive look at peace efforts in conflict situations in countries around the world to consider
what local voices might suggest about the inadequacy of peace processes engineered at the international level. As well, he explores how local workers act to modify or resist peace processes headed by international NGOs, and to what degree local actors have enjoyed success in the peace process (and
how they have affected the international peace process).